I don’t know what I would do without miso. It’s a key element to almost everything I make. I read that in Japan miso is as important as cheese is in France and you can go to specialty stores and seek out whatever miso you like from hundreds of different kinds. There are similarities to the two victuals. Both are craft foods that have been around for hundreds of years and, since they are fermented, vary greatly depending on the ingredients used, the weather, and even the processing. According to Japanese mythology, miso itself is a gift to mankind from the gods to assure lasting health, longevity, and happiness. Basically, it is made by cooking soy beans, mixing them with salt and a culturing agent called koji which is a fermented grain and then it’s aged in wooden vats. I became very interested in making my own after reading Wild Fermentation years back but, with the intense heat in Texas, I’m always a bit leery of trying my luck at fermenting. I’m excited, because later this year in November the author of that book Sandor Ellix Katz is coming to Austin for the fermentation festival so I really want to go and learn more about our unique issues.

As it is now, I buy all kinds of miso and usually have a couple of different ones in the fridge. For a while I was hooked on the Dandelion Leek one from South River pictured above but I always have a white on hand and keep trying different kinds. Anywhere where mustard is called for I sub in miso. I love love love simple creamy tahini miso dressing on roasted vegetables, bowls, or even salads. I think miso gravy is amazing. To make any sort of cheesy vegan recipe miso is a must. Of course, most people think of miso soup when they think of miso and I do enjoy the simple Japanese version in the winter but I’ve also learned you can add miso to just about any soup and it will improve it. It’s basically salty fermented goodness packed with protein and probiotics which makes it a perfect vegan food. 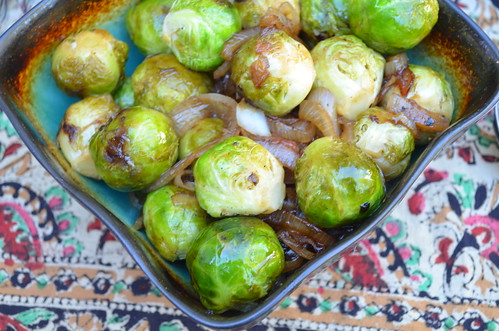 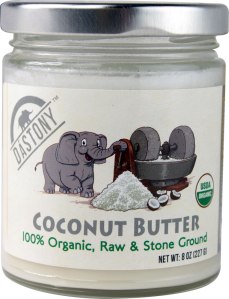 I think I first became aware of Coconut Butter years ago when I decided to go on a raw foods diet. One of my favorite recipes from that time was from Raw Food/Real World’s Macaroons which are basically coconut butter and almond flour dehydrated. During this experiment with raw food I learned a lot about myself, mainly that I prefer cooked food. I did continue to make the macaroons for Christmas and occasionally used the coconut butter when called for in recipes for other desserts.

It wasn’t until a few years ago when I learned to saute savory foods in coconut butter that I started to realize it makes almost everything taste good. I am not really a fan of quinoa, for example, but if I wash it and then saute the seeds for a minute in coconut butter before adding the water they become both aromatic and buttery rich. It works even better with rice. I love re-frying beans in a bit of the coconut butter or starting curry in the oil, or even finishing some off with a dollop if it’s missing that something.

Coconuts are one of the oldest foods in recorded history. There are all sorts of uses beyond making coconut cream pie and coconut radios. The butter itself is a great moisturizer and you can even remove eye make-up with it. If you were ever trapped on a tropical island they would be the first thing you’d probably start eating since they are delicious and full of fat. Don’t fall asleep under the coconut tree though, I learned on a trip to Costa Rica that more people die from getting whacked on the head from a falling coconut then by shark attacks. It’s made me wary of the beach ever since.

We humans get our revenge of coconuts though. In order to make the butter one must first create an emulsion of the raw coconut meat and water. “Modern techniques use centrifuges and pre-treatments including cold, heat, acids, salts, enzymes, electrolysis, shock waves, or some combination of them.” YIKES!

I think in most of the raw coconut butters you find at the co-op are just ground up, perhaps using elephant labor as is depicted on the jar above. BUT if elephants are laboring over our coconut butter aren’t we exploiting them and therefore making the product less vegan? I am hoping it’s just a cute picture but it really raises some questions that we, as a community, will have to someday face.