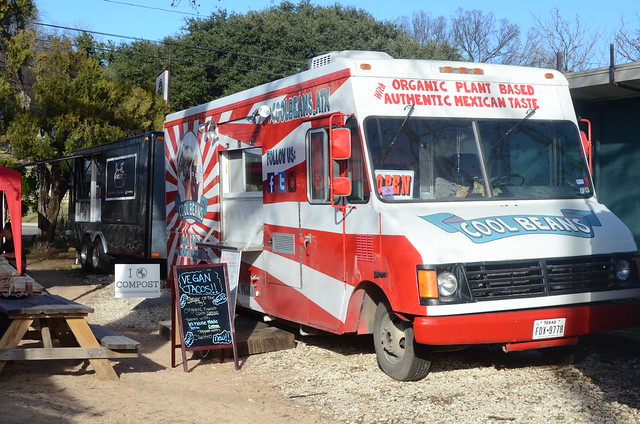 I’ve been buried working on a huge project which means I haven’t had the chance to stalk all the new trailers in town. It’s incredible the Austinites are pumping out so many different vegan food options and I can’t try them all! I was so excited to learn about Cool Beans, because if there is one thing I love in the world it’s vegan tacos. Cool Beans is run by a couple from Brownsville and everything we tried was legit. 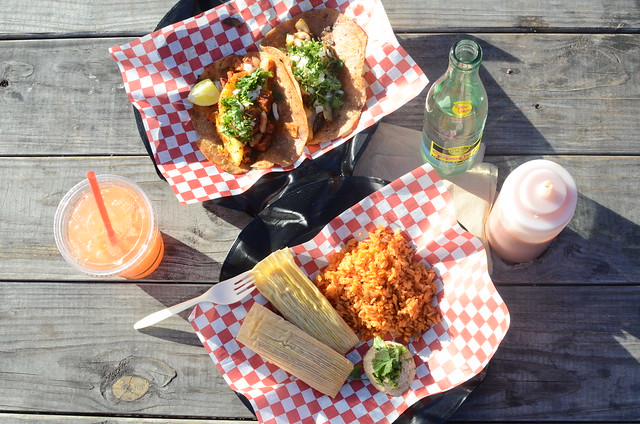 My friend Jessica (who is about to open the brick and mortar vegan grocery store Rabbit Food in a brick and mortar on South First and live oak) and I had a chance to try out some of the options. I went for the fresh corn tamales with cashew cream and Mexican rice. 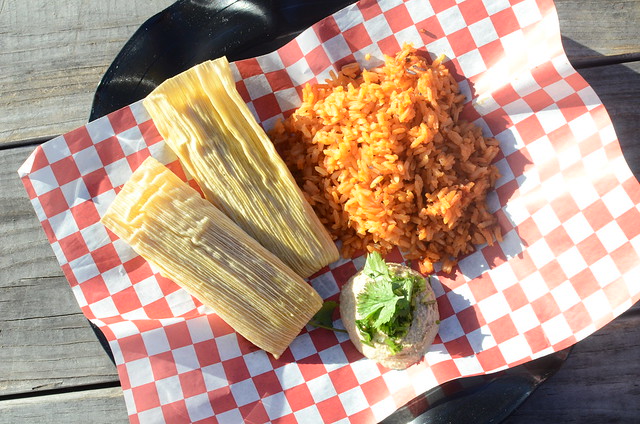 I loved that they were served on a recycled record, so cute! And the tamales might have been the best I’ve ever had! Co-owner Priscilla told me that she learned the technique on family trips to El Salvador. They are so soft and full of corn flavor. I could eat them every day. 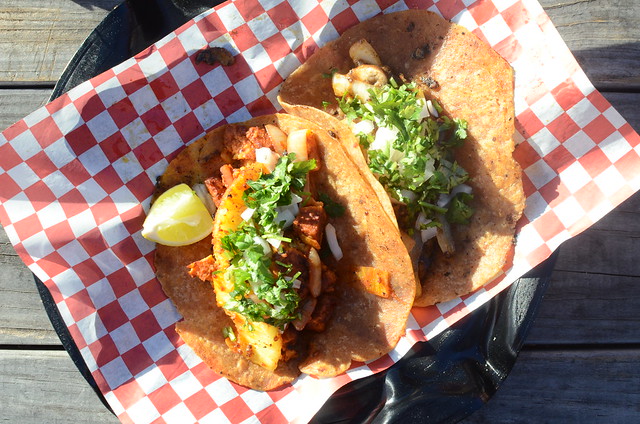 Then I also got to try the Native which is their version of an Al Pastor made out of local garbanzo tempeh and served with grilled pineapple, cilantro, and onion. I loved this taco, so much better than other vegan Al Pastors I’ve tried in town. Jessica also had the OutKast made of marinated baby bellas, caramelized onions, and cilantro. They make their homemade tortillas to order and they were very different from other tortillas I’ve tried. I think they were spelt and a bit crisp.

We had a bit of hard time finding the trucks, it’s wedged in a little park behind Takoba at 1403 E 7th St. You turn in on the ally on Navasota between 6th and 7th. But go out there and support them and tell them what you think! It’s supposed to be beautiful all week! TACOS!!!!!!!!! 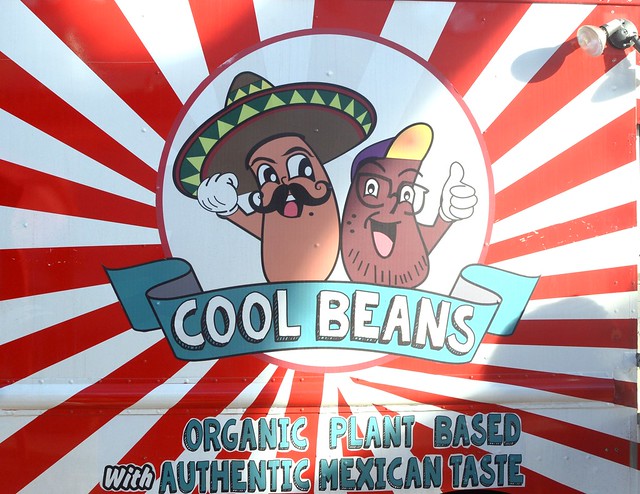