Oaxaca city is well known throughout the culinary world as the place to go in Mexico to get mole. That rich, decadent sauce, screams “Mexican Interior Cuisine” and Oaxaca supposedly has all seven versions, Mole Poblano (red), Mole Verde (green), Mole Negro (black), Mole Chichilo, Mole Amarillo (yellow), Mole Coloradito, and Mole Manchamantel but I think the most common around here is Mole Negro which is known for its chocolate although a few of them have chocolate. It isn’t sweet at all, the chocolate isn’t sweetened before it’s put in but the mole itself can be made sweeter with plantains or dried fruit. If you’ve never tried it before it doesn’t matter because even though there are supposedly seven versions there are actually seven thousand and every single one that you try will be different. I didn’t have too much trouble sourcing vegan mole, many of them start with lard or a pork or chicken stock and then some have meats simmered in them. But, other versions are plentiful and waiters had no trouble telling me if it was meat free or vegetarian, they can barely ever tell me in Texas! I bought some vegan mole to take home from the little store by the The Rayón Pochote Organic Market off Rayón, they had a couple varieties and I’m sure you could find some at Bambuu organic. 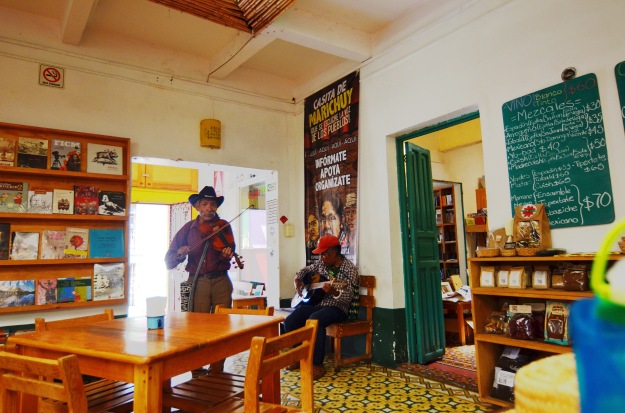 It took me a while to figure out that these are the same restaurant! I think one is the name of the space which also holds a book store, an art shop, and a children’s shop. The menu only has a couple vegan things, the waitstaff didn’t speak much English but the chef noticed my dilemma and came over and spoke with me. She spoke terrific English and gave me the scoop. I was dying to try the seitan stuffed chile relleno and it sounded better than the menu of the day which was also all vegan, and I think it always is. The relleno wasn’t fried which was a nice change although I wished it would have had some rice and beans. We were stoked that they also had a little market section where we bought chocolate bars, vegan cookies for the airplane, and more mole. We also tried their dessert, a chocolate mousse which was maybe a bit to healthy tasting for me, probably date-sweetened. I would definitely give it another shot 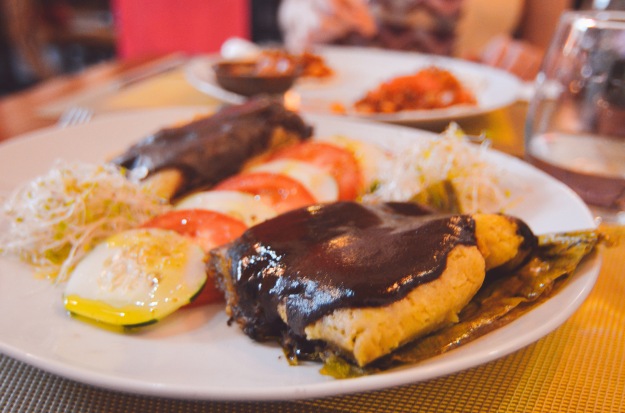 This spot was one of my favorites, it had a whole vegan section with multiple options including their housemade seitan. I wish I could have tried more but we were in a hurry because we were meeting someone later. I had the mole tamales and they were delicious. My friend got the soy al pastor tacos and they were even better. I really wanted to try the picadillo but it didn’t have olives so I couldn’t refuse the tamales which I had been craving all day. They also had tacos dorados with mole and mushrooms and a Mediterranean seitan which DID have olives but I wanted Mexican food. Travel is tough! 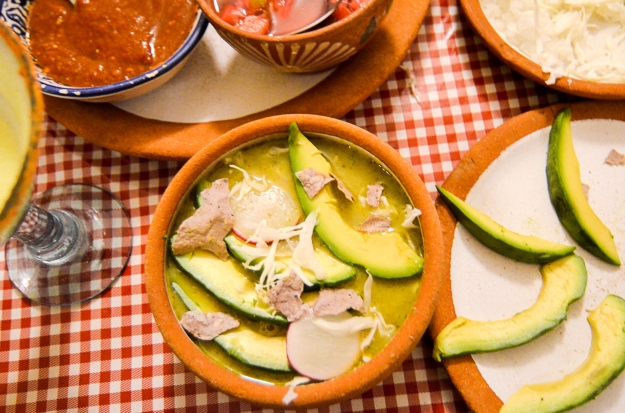 This was my most favorite place, after I saw the Vegetarian Posole at the very top of the menu there wasn’t anyway I was getting anything else. This hominy soup is usually made with pigs but not at Cabuche! You could get the broth verde or rojo and then pick your vegetables and add additional toppings. I added avocado because I love it in a hot soup. This was an amazing meal. The verde was very much like the version I make at home but it had mushrooms instead of seitan which I am definitely going to try next time. They also had huitlacoche tacos so don’t miss this spot!

The only all vegan spot that I know of in Oaxaca is Hierba Dulce and they are legit. We were so excited to be seated in their beautiful courtyard lined with fencepost cactus. No one spoke English but the menu was all in English which made it super easy. The service was so nice, they kept adjusting our umbrella to keep us out of the sun and were so friendly. They make their own vegan cheese, manteca (which usually means lard but here was coconut oil based, bread, and almond milks. I was overwhelmed, as I usually am with all vegan spots and I ended up getting the avocado toast and empanadas, which weren’t what I’m used to as empanadas, this was more like a taco, but they were really good. I was very excited to see vegan queso fresco on my empanada! A very rare treat! My friend tried the huitlacoche tacos and they were terrific. Note that they are only open for breakfast and lunch.

This bakery is where it’s at, we had the best chocolate drinks and bread. I was jealous though, of everyone else’s pastries. I, again, had the avocado toast, I sure felt like hipster in Oaxaca eating avocado toast everywhere but it was usually the best bet for breakfast that was all vegan. I loved the interior of this place, many places had these really cool textural lamps and the one at Boulenc was so neat. Definitely a good place to hang out for while.

I couldn’t go here because you have to make reservations to have dinner, it’s only open until 1, so if you are planning a trip, make it happen. They also do cooking classes and you can learn how to make vegan mole.
Zandunga 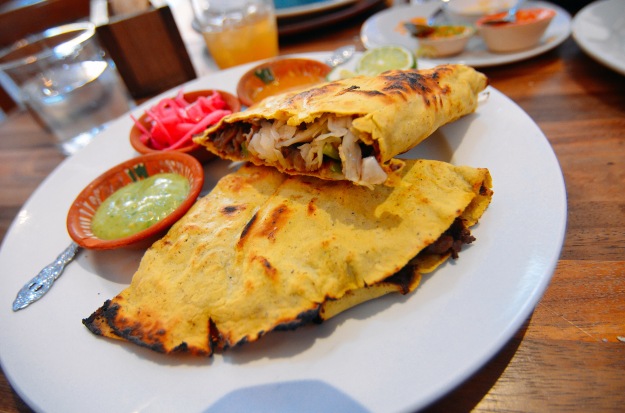 Somewhere along the way I listed this place as having vegan mole, but when we got to this really adorable restaurant with a beautiful bar we found they didn’t have anything vegan on the menu and I thought I’d just get drinks. The waiter told me that he would happily get the chef to make me something vegan and they prepared me a delightful mushroom packed Tlayuda which is a grilled tortilla filled with stuff and topped with beans. Since you only really see them in Oaxaca I was excited to get one. Sometimes cocktails come made with this special salt that has worms in it, which I did not think to look out for, but my waiter checked with me and gave me regular salt with my mezcal margarita. So nice! 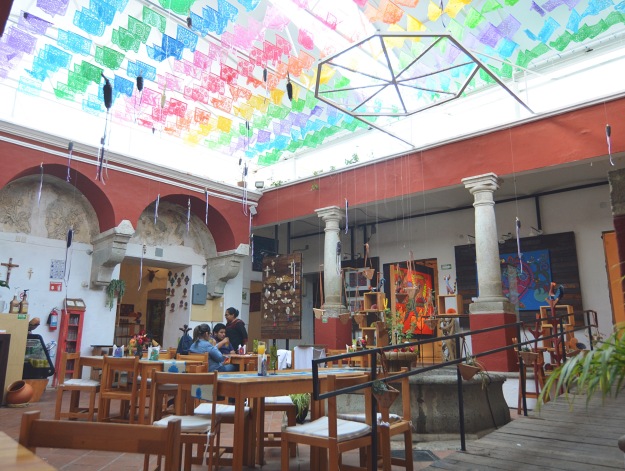 We stopped in here to see their incredible display of alebrijes but I never wanted to leave that colorful patio so we stayed for a little while and drank chocolate. Don’t miss it.

This fine dining restaurant was recommended to have vegan friendly mole which was the case, there just wasn’t much to put it on. My best bet was the huitlacoche rellano which I wasn’t too excited about because I had the same thing for lunch but I went for it. The portion was small and since it was so fancy they didn’t have rice and beans so I was not totally satisfied. But, the service was excellent, it started to rain and they immediately moved us to a better table and then brought us blankets. My friend went on an errand while I hung out for a little while and our waiter kept bringing me shots of mezcal, so that was lovely. The outdoor seating was dramatic and definitely worth a visit. 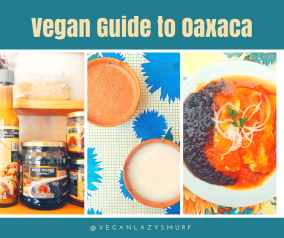 Other posts in this series