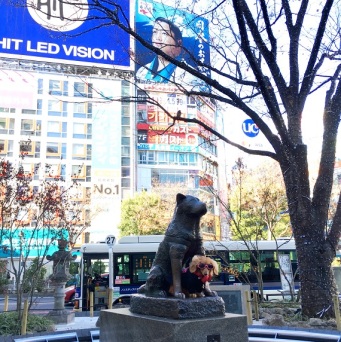 Maybe you’ve heard the story of Hachikō, the dog that waited at Shibuya station for his human to get off work every single day. He was so famous for his ever-present to folks in the neighborhood for his unwavering attitude that when he passed they built a statue of Hachikō, waiting in his spot.

Shibuya is probably the area that you think of when you picture Tokyo in your mind. It’s like times square on some sort of intense Japanese drugs that they only have in anime movies. Everywhere you look there are giant ads, giant building, and millions of people everywhere. The day I was at the famous intersection across the station enjoying my matcha latte at Starbucks, I even saw a bunch of people driving go-carts dressed like all the characters from Mario Kart, Luigi, Toad and the Princess were all there. They say the intersection is the busiest in the world and it’s super interesting to watch the lights change and see it swarm with people.

Aside from the many stores and coffeshops, (one has a David Lynch theme!) there are plenty of vegan options. We tried Afuri which was very different than other bowls of ramen in Japan because it was positively swimming with bright, colorful vegetables. It was very tasty and I recommend it for sure. There are a ton of other options and many are open late so check Happy Cow and Yelp to see what’s what.

Other Posts in this series 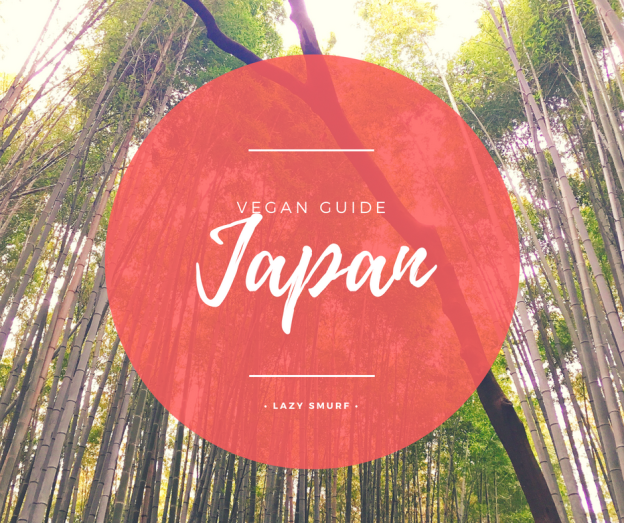