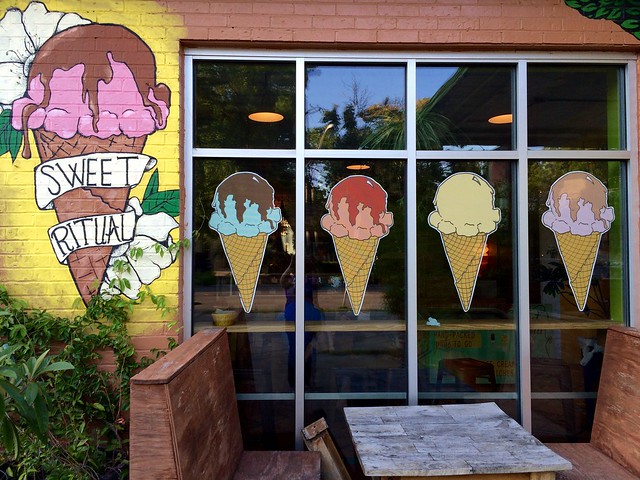 People say a lot of wacky things about vegans but when they call us picky eaters…there is actually some truth to that. Not that it’s picky to refuse to eat animals, that only makes sense! But, as a group, we have more issues with food than the average person. My theory on this is that we’ve given a lot more thought to food than the random eater but that doesn’t explain my own personal aversion to lettuce, or my friends’ allergies to tree-nuts, groundnuts, peppers, and even *gasp* wine. Even my dog Dinger has all sort of allergies. People go on all sorts of cleanses. I, and a group of taco scientists, once ate nothing but tacos for a whole month, for example. And I would imagine that a large share of vegans are trying to cut back on soy. Of course there is the fear of gmos, the fear of growing boobs, and the general fear or big ag and I would imagine that Sweet Ritual wanted everyone to be able to eat their ice cream and so they switched out soy with many different bases. 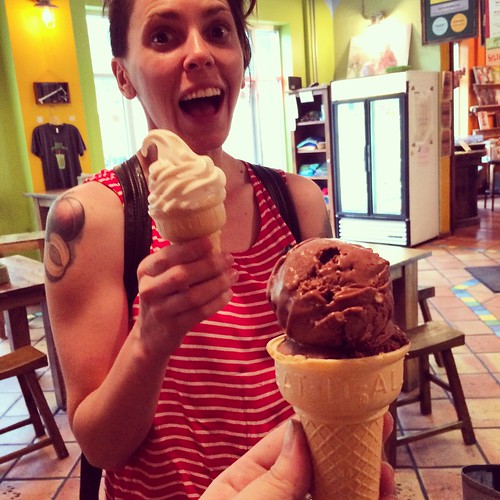 The good news is that whatever the reason that they made the switch the ice cream is even better than it used to be, and it used to be great! I tried the Death Metal By Chocolate the other day and, I have to say, it was better than any other vegan ice cream I’ve ever had. I often crave something that’s chocolate mixed with chocolate, topped with chocolate, and maybe a little chocolate added in that’s exactly what this ice cream was. I’ve also been picking up the pints at Wheatsville. I think I’ve tried them all now and I can’t tell you if Sweetsville or PB & Chocolate is my favorite.

Amelia, who makes most of the ice cream explained “We went through a giant overhaul and most of our bases changed. We now have cashew bases, almond, peanut, and coconut on offer. Sometimes we have more exotic bases, like tahini, cashew and sunflower. The chocolate chips we use have soy lecithin, but the only thing in our shop that has soymilk is the soft serve. The Cubano, vanilla, & strawberry are cashew based and are soy free.” I asked her specifically about the bases in the pints and she wrote me, 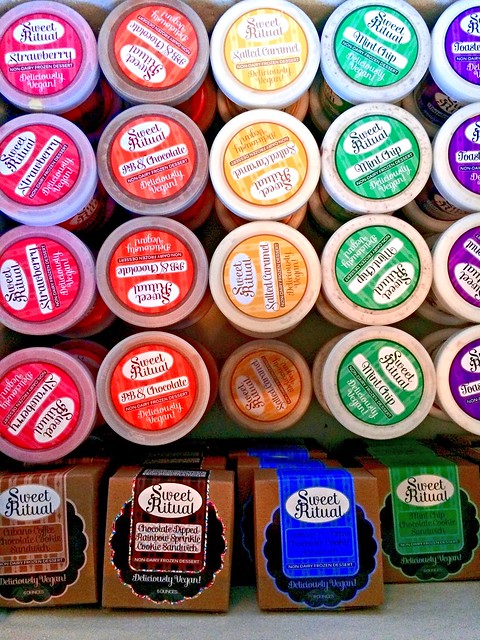 It only makes sense to have the peanut butter ice cream to have a peanut base and yet it’s brilliant and probably why it’s soooo good. And those ice cream sandwiches, by the way, totally worth it.

Now if only they could bring back the waffle cones.

8 thoughts on “Sweet Ritual: Vegan Ice Cream So Good You Wonder What It’s Made Of”