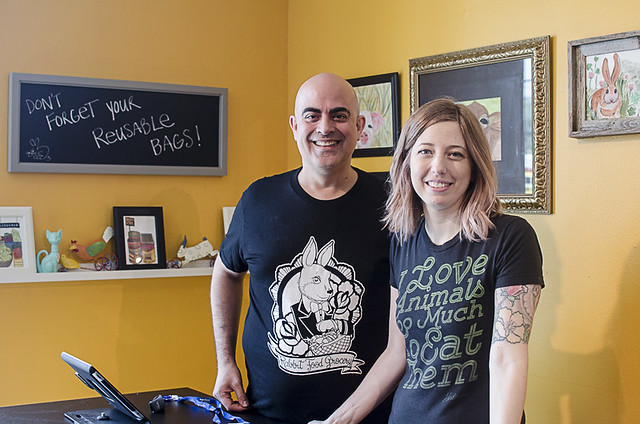 I almost cried when Jessica and Gabe started doing pop-up shops back in 2012 and walking into their new brick and mortar all vegan grocery store was almost too much to deal with. I can’t believe Rabbit Food is finally here AND on South First sandwiched between my favorite coffee shop The Fair Bean (get their vegan empanadas) and Bananarchy, across the street from End of an Ear record shop and a new Venezuelan truck called Four Brothers that promises to have vegan arepas! We are living in an amazing time to be a vegan in Austin Texas. 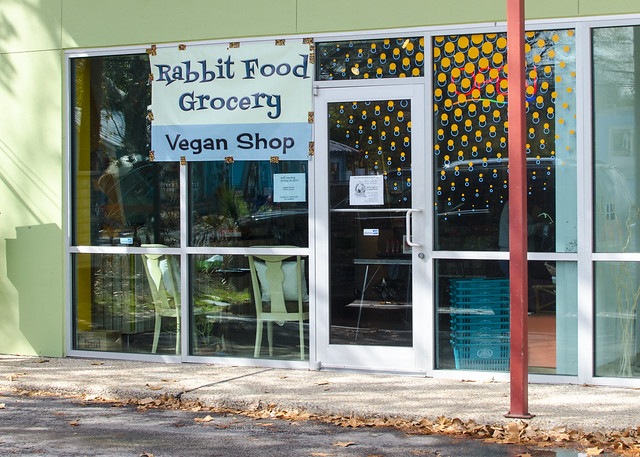 The soft opening was on February 1st and though everything isn’t in stock yet I couldn’t believe how much they did have, and how freaking cute everything is. 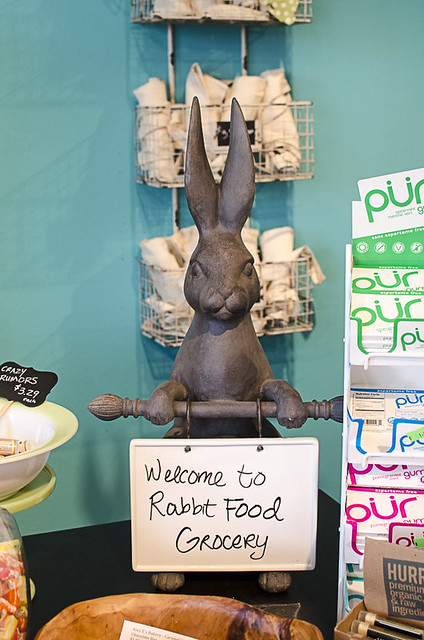 Of course they have every vegan snack you could ever want, from Earth Balance puffs, to Coconut Bacon, and Vegan Twinkies it’s all there. 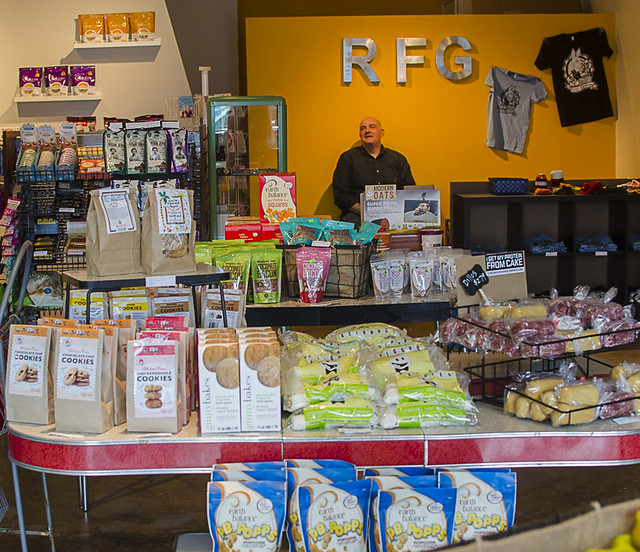 Then they also have a bunch of cute knitted items, toys and kitchen items from handmade Gryffindor scarves to vegan kitchen towels. There is an array of vegan health and beauty products including everything from Vitamin D spray to multiple kinds of vegan condoms which will be great anyway but especially if you meet someone AT the store. 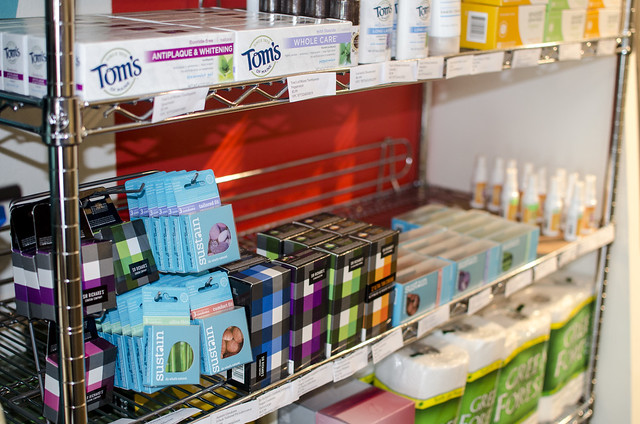 They even have fresh foods, WHAT! It’s a one stop shop! 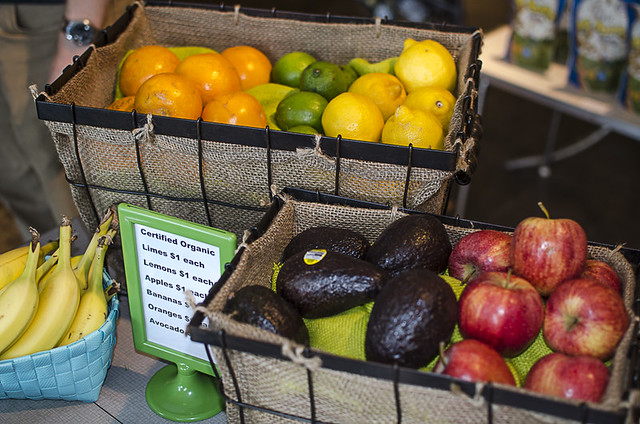 Plus cuties abound everywhere having fun. 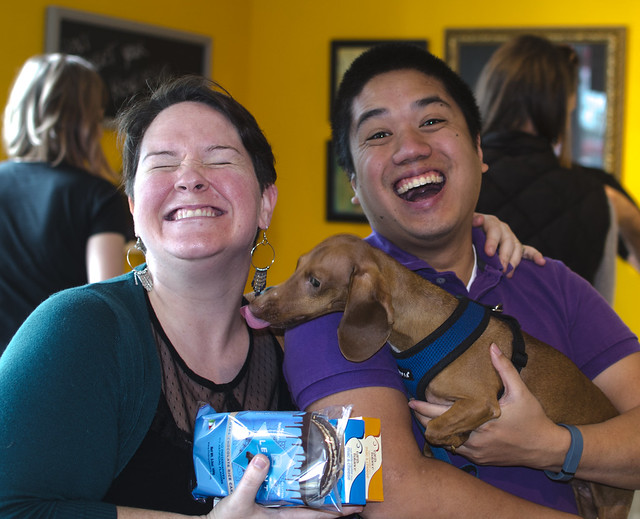 And if you pitched in you can find your name on the Kickstarter sign. I stared forever until I found mine and then pointed out to everyone around how awesome I am. 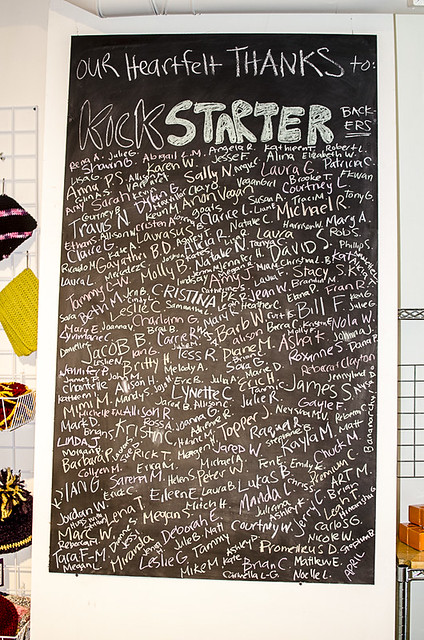 I am so happy for Jessica and Gabe and all of us in Austin and basically the world. So go there, and support the team so they can keep supporting us!