A few weeks ago I was contacted by Super Natural Foods to let you all know about their new meal delivery service here in Austin. Normally, I wouldn’t be too excited about another raw cleanse program but this one really caught my eye because they are using local, organic, vegan products, they deliver, and along with some raw food experts, the executive chef from Beets is involved. I thought Beets had really delicious raw foods and I was sorry to see them close down. Also, I’ve been eating tons of tacos and ice cream lately (but not yet ice cream tacos) so I thought it would be a good idea to get some raw veggies into my diet. They deliver a big bag of all the food that you will need for the next day at around 7pm, right after they make it, so that you will be all ready for the next day. When I got my bag I couldn’t believe how much food was in it. 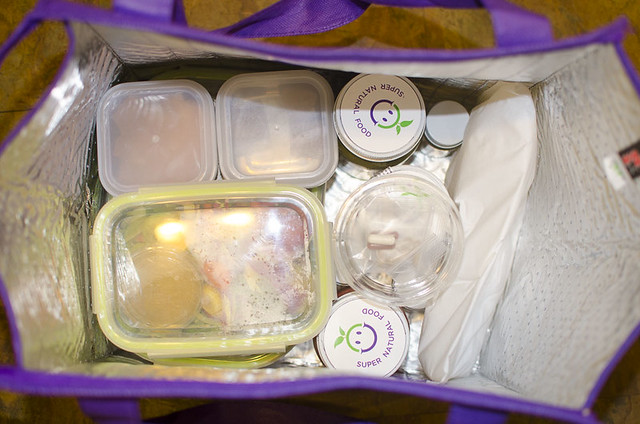 I was actually feeling really ill the next day so it couldn’t have come at a better time, although my pictures did suffer from my lack of attention to detail! I assure you that all the food was amazingly fresh and vibrant. In fact, that is what I was most impressed with overall, everything from the vegetables to the containers, to the details of the diet seemed very high quality.

The day started with Strawberry Banana Malt Smoothie which I really adored. I usually don’t like smoothies that aren’t fresh out of the blender but this one was still delicious even though it was made the day before. Maybe it’s a high-powered blender thing? Their Signature Green Juice was still fantastic too, I was worried from looking at it that it might be to grassy but it was really tasty with a nice mix of greens and other vegetables like cucumber. Included with the food is a days worth of supplements including a pro-biotic,  a blood purifying herb called manjistha, and a colon cleansing herb called triphala. They also packed in some shots made with lemon juice, ginger juice and cayenne pepper and are meant to optimize your digestion. 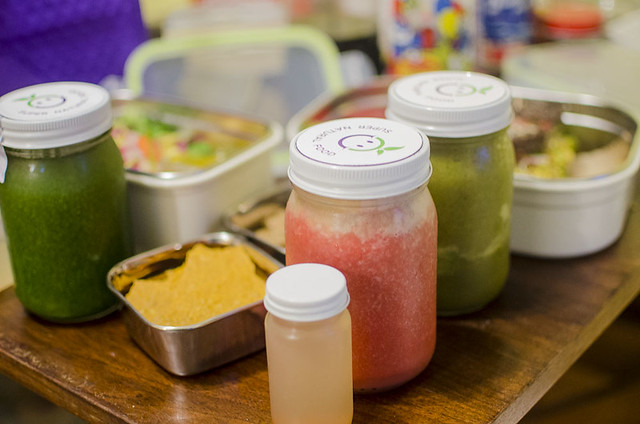 For lunch a beautiful Eggless Egg Salad Bagel with crudite was included. As a flour bagel lover I was a bit wary of this but it was tasty and healthy and the portion was quite large. In fact I wasn’t even hungry for dinner! 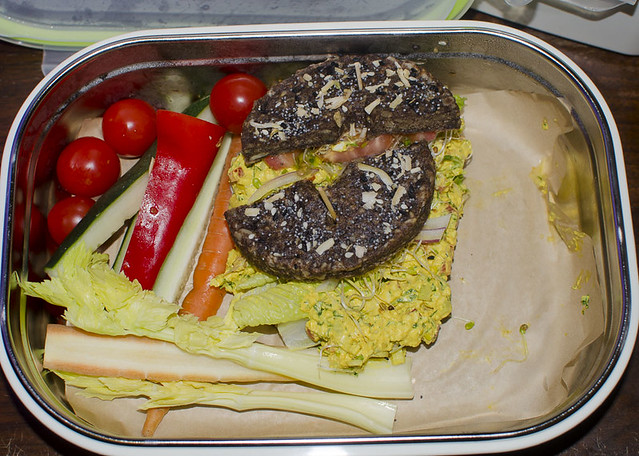 Don’t worry, I still ate the snack which was Maca Energy Nuggets. They didn’t sound too enticing but I absolutely loved them. I wouldn’t even let Dan try them (Shh it’s a good thing he just looks at the pictures). I ate them with the zucchini soup  which I wasn’t a big fan of but I think they are going to work on. 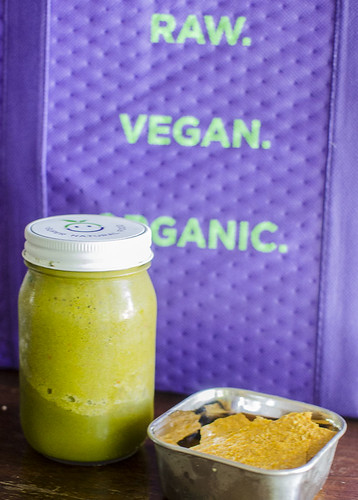 This was served with a salad of petite Greens with shaved root vegetables, sweet 100 tomatoes and fennel vinaigrette. which was still beautiful by the time I got to it the next day. 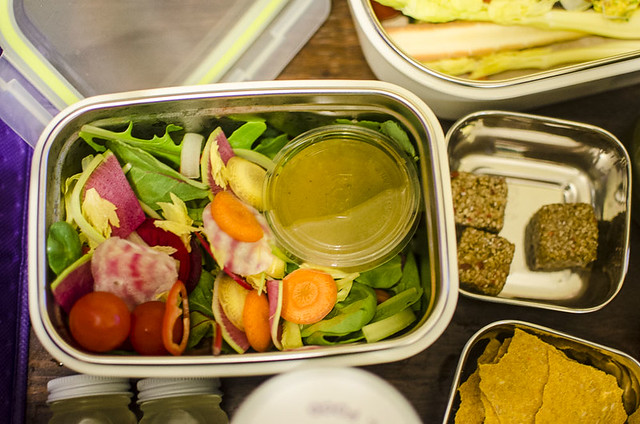 It’s a lot of food for one person! I think this would be a great option for someone with a healthy appetite that wants to get more healthy things into their body. Since it’s delivered and all the meals are ready to go it would be great for anyone that doesn’t have time or interest in dealing with preparing raw food. It would be perfect, too, for somebody who is dealing with an illness. I know from experiance that it can be impossible to aquire healthy food like this when you are too sick to drive anywhere. It’s much easier to do a taco cleanse 🙂

Good luck to Super Natural Food, I hope that you all are super succesful.