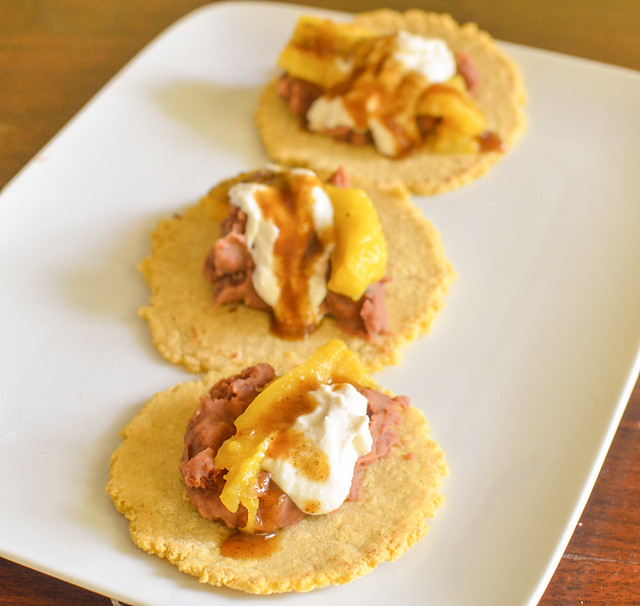 Lately I’ve been thinking about tacos so much that it kind of scares me.

True story: last night I couldn’t fall asleep. I was lying in bed trying to get my mind clear. I told myself the sooner I fell asleep the sooner I could wake up and get breakfast tacos. Like what a mom tells her little kid to get them to go to sleep on Christmas eve!

Here are some other signs of too many tacos: I broke my tortilla press.

If you have never seen one of these they are big, heavy, metal contraptions that should only break if the incredible hulk is using one in a full on rage. *Not* just me pumping out tortilla after tortilla.

Another story, the other day Dan asked if there were any tortillas left. I said “no” and then he said, “there are some right here”. I said “those are from yesterday”. He said, “when did you become such a snob that you won’t even eat a day old tortilla.

I have four kinds of homemade Mexican vegan cheese in my fridge right now. Yesterday I would have thought this was a good thing but today I’m not so sure. I think I might have to get back on the taco cleanse to sort this out.

11 thoughts on “Can you be too obsessed with tacos?”