I got to attend another marvelous Texas Vegfest and I tried to take some pictures, I was so distracted by all the food and people it was hard to stay focused!

The line for BBQ revolution was so long I would have needed a wider lens to capture it. Or at least, you know, stood farther away. 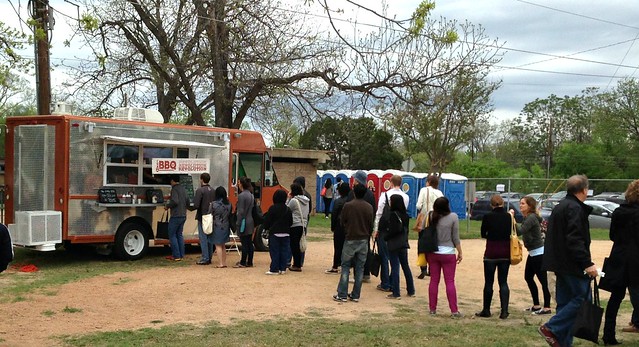 I really wanted to try Red Rabbit’s Yellowbird Sauce Donuts, but alas they were sold out before I got there. Red Rabbit is only for people that get their act together early and that means I never get to have it. 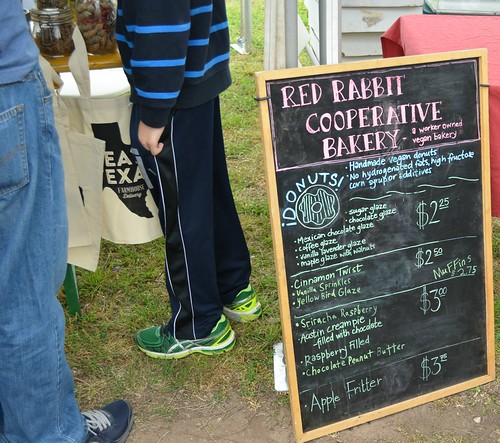 Follow Your Heart was sampling grilled cheese with their pesto mayo, and man oh man, I’m glad I waited for a batch to come up because it was one of my favorite things I tried. 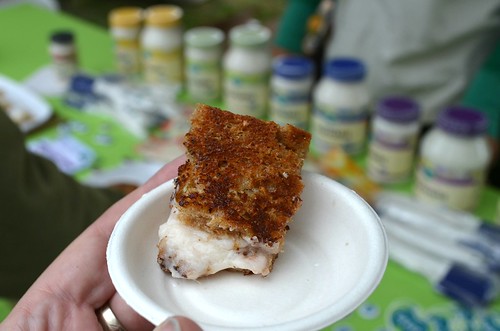 I was excited to see Aster’s Ethiopian Restaurant there, and so was Dan, he couldn’t resist their combo plate. 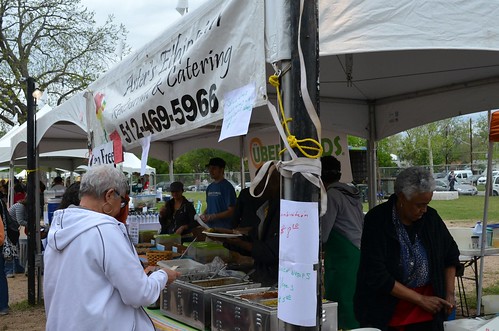 Counter Culture had a bunch of salads for sale, and they looked super fresh and tasty. 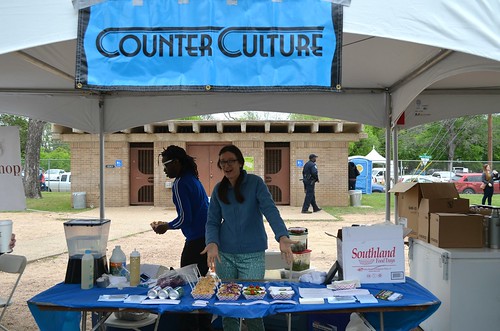 I learned that Vegan Toonah is going to be available nationwide soon, in a little can just like fishy tuna. I tried it and thought it was very interesting. It didn’t really remind me of tuna but it wasn’t bad, just like seitan in a can.

I thought Tecolote Farm deserved the cutest booth award. I love their owl! I should have bought a shirt. I did get a Herbivore shirt that I love.

I waited in line FOREVER for Capital City’s Ham & Cheese Kolaches and then they sold out when I  was just about to the front. It was torture. I love those kolaches so much. 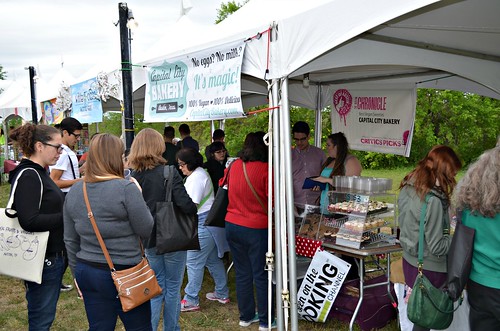 I was stoked to try Hearty Vegan‘s fajitas and tuna salad. Dang, it was the best vegan tuna salad I’ve ever had! I loved it. The fajitas were good too! They were so popular that it looks like Hearty Vegan might start selling meal kits. 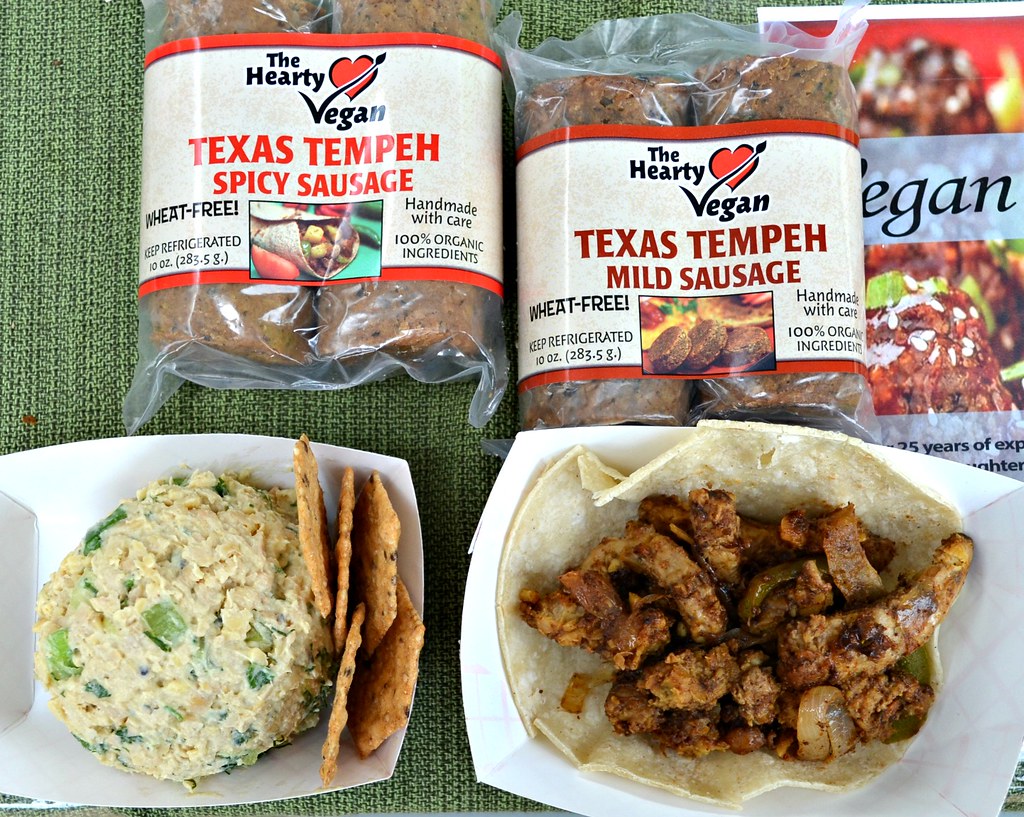 I was excited to see all my friends in booths, like the VRA gang! 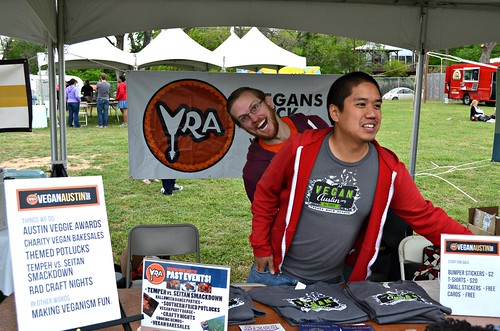 I think I should have a booth next year called “Kiss the Puppy” and for a donation to charity you can kiss a puppy. I wonder if they would let me since it’s no dogs allowed. That’s even more reason there needs to be puppy love, though. Mostly during veg fest I missed our foster puppy. 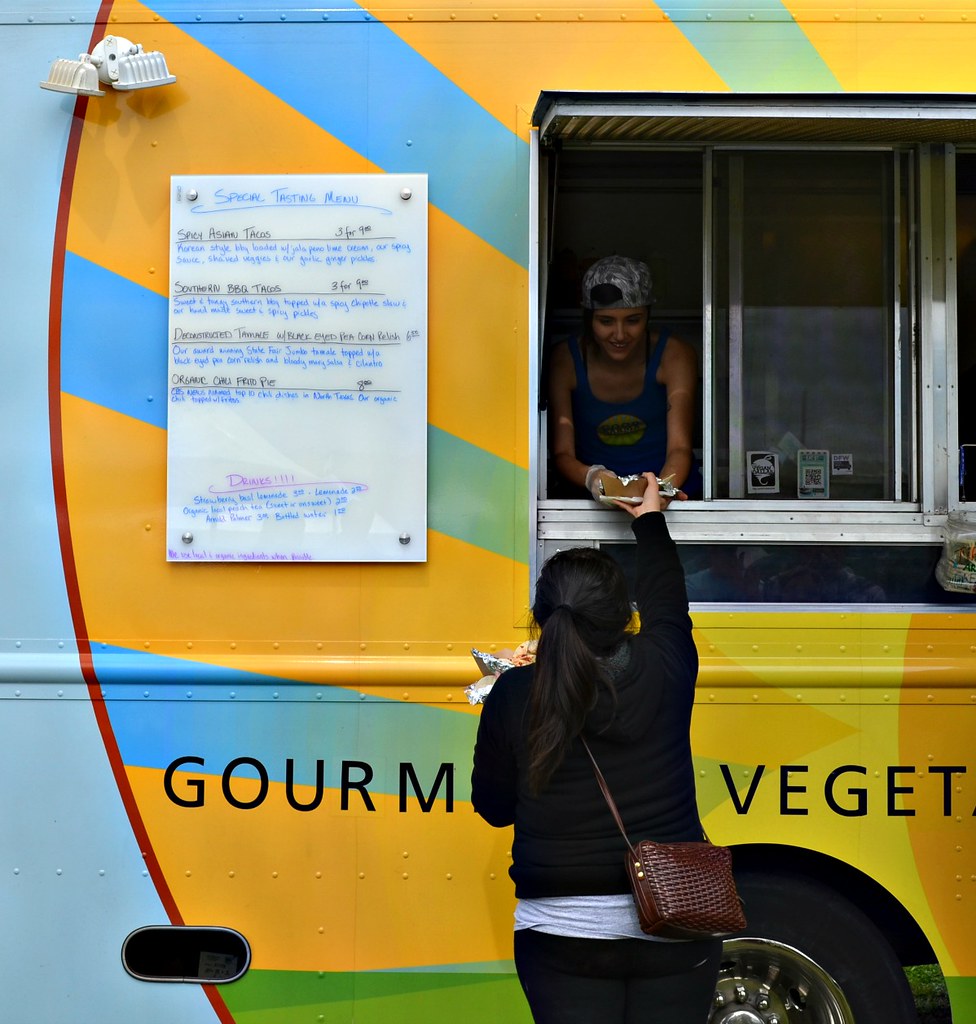 I waited in another long line for Good Karma Kitchen, they are a food truck from Dallas and I loved their tacos last year so I knew it would be worth it. At the last minute I decided to get a deconstructed tamale with black-eyed pea relish and bloody mary salsa instead. It’s really a great idea for a home-cooked meal, maybe I’ll make my own version since god knows, I’m not going to Dallas. 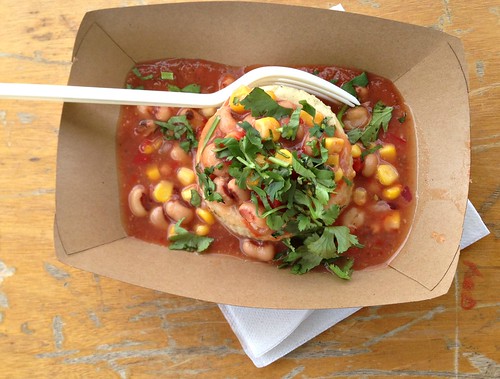 I saw Teese selling vegan nachos and had to wonder why this isn’t a thing everywhere. Especially at the movie theater. 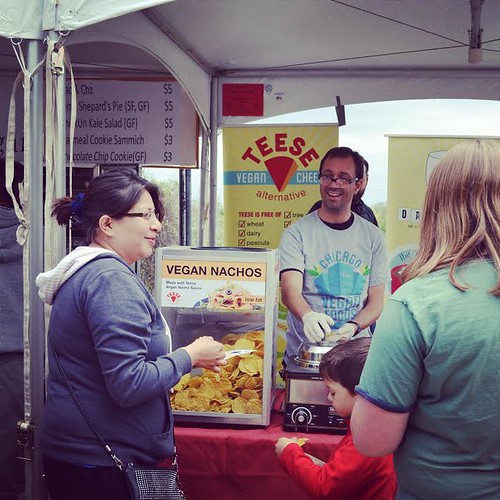 After that I saw the Happy Vegan Baker and I wanted to try her mac & cheese which everyone raves about and then decided to try the lentil shepherd’s pie too. 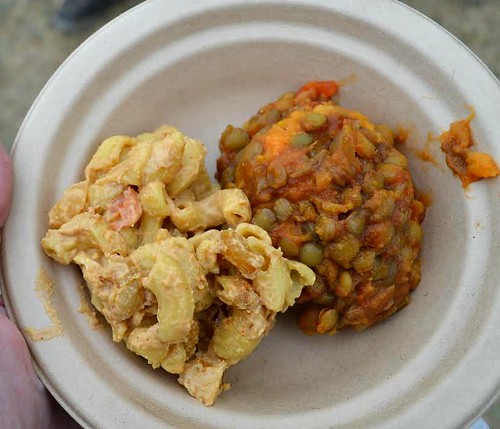 I loved the mac & cheese but that was when I definitely hit the upper limit of my stomach’s capacity, no Sweet Ritual for me! There were a million other food vendors, activist groups, charities, and businesses that I’m not even mentioning. If you haven’t been, you should definitive make it out next year. The music was really good too! Texas VegFest is just incredible, hats off to the organizers for pulling together another amazing fest. 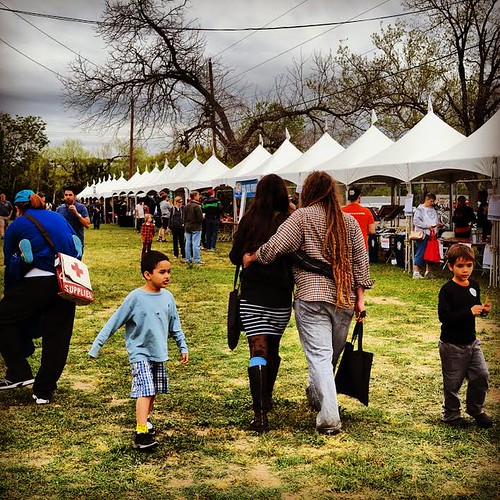 9 thoughts on “Snapshots from Texas VegFest 2014”